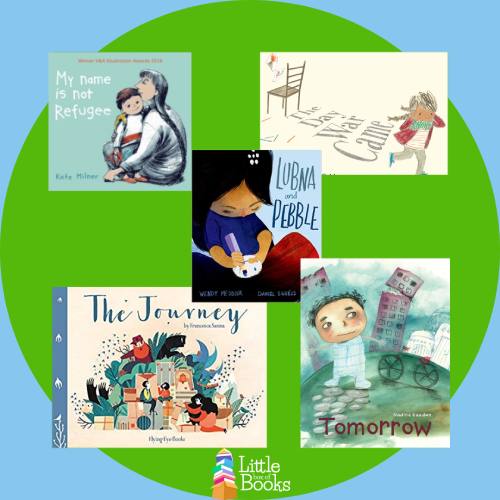 The New British Policy on ‘Relocating’ Asylum Seekers to Rwanda….

We are all now aware of the UK government’s plans to send some asylum seekers to Rwanda. The plans are intended to tackle the small boats carrying single men arriving across the channel. The asylum seekers will be ‘relocated’ to Rwanda, where they will be able to take up permanent residence, if processed. However, the £120 million pilot scheme has been heavily criticised, for being impractical and expensive, but more importantly, for lacking humanity.

Ukrainians are fleeing their country as war rages.

This news can feel big and scary for children here.  In this article from the Evening Standard, parenting expert Dr Martha Deiros Collado urges parents not to hide from children’s questions about Ukraine. War can be anxiety-inducing for all of us, so it is essential to talk through our children’s emotions with them. Talking it through can also help to correct any misinformation that they may have picked up from school or the internet. It is important to remind children that they are safe and that you are here for them. It is recommended that you explain where Ukraine is and explaining what war is in the simplest terms.

As always, we point families to books. Books that humanise refugees and asylum seekers to teach our kids compassion and books that help children udnerstand the news when it feels scary.

Here is our collection of resources to help navigate your child’s experience and understanding of war. We have selected these books because they do not talk about asylums seekers as numbers. They appreciate that each and every asylum seeker is a person, just as we all are. A person with a past, a present, and, hopefully, a future. These books humanise war, immigration, and suffering.

My Name is Not Refugee by Kate Milner

This book won the V&A Illustration Award 2016 and the Klaus Flugge Prize 2018.

A mother prepares her child for leaving their home, as it is no longer safe to be there. As the story is told through the mother and child, it does not feel as overwhelming as the news. It is an emotive, honest book but told in such a way that the feelings conjured up by the situation are manageable. The mother explains that they will have new experiences. They will be sad, excited, and bored.

On every page, there is a question for the reader, ‘do you think you could live in a place where there is no water in the taps and no one to pick up the rubbish?’ and ‘how far could you walk?’  The questions are effective at encouraging empathy, as they ask your child to imagine what it would be like for them and their family to make this journey. In the chaos of weaponry and politics, this book really humanises war.

Watch a reading of My Name is Refugee here.

Angered by the Conservative’s party refusal to accept 3000 unaccompanied refugees from Syria in 2016, Nicola Davies wrote a poem from a child’s perspective about the day war came. Given the British government’s response to those trying to leave Ukraine, this book is all-the-more relevant. The book starts by marking out the normalcy of the day, ‘my father sang my baby brother to sleep…I sang a song about how tadpoles turn at last to frogs’. But the day turns to horror, ‘war took everything, war took everyone, I was ragged, bloody, all alone.’  When she tries to start at a new school in a new place,  she is turned away because there are no chairs for her to sit on. Until another child brings her a chair so that she can join the class.

Watch a reading of The Day the War Came here.

This beautifully illustrated, thoughtfully written book has received much recognition: TIME Magazine’s Top Ten Children’s Books, New York Public Library Best Books for Kids, Indiana Read Aloud Master List, and more. It tells the story of a girl whose life has seen much upheaval and uncertainty. However, one thing that has remained consistent is her beloved Pebble. Using a felt-tip pen, Lubna draws a smiley face on Pebble. She confides in Pebble about the war. ‘Pebble always smiled when she felt scared.’ A little boy, Amir, arrives, and becomes Lubna’s friend. When her father says that they have a new place to live, Lubna decides to leave Pebble with Amir so that he has something to remember her by. This is a sweet book concerned with cherishing the smaller things in life.

Watch a reading of Lubna and the Pebble here.

The Journey by Francesca Sanna

Another book to win a host of awards: a Guardian’s Best Children’s Books of 2016, included in CCCBC Choices 2017, and one of BookTrust’s “100 Best Books From the Last 100 Years.” After the war took the narrator’s father, their mother has been increasingly anxious. Eventually, the mother decides to take her family out of the country. The mother shows her family pictures of strange cities, strange forests, and strange animals. But, she tells them, ‘We’ll go there and not be frightened anymore.’ The family drive at night so as not to be seen; they are met by harsh border guards; and they take a testy trip in a packed boat across the water. Tonally, this book is a little darker than our other suggestions, so just make your child is mature enough to read it.

Watch a reading of The Journey here.

Nadine Kaadan is an award-winning children’s book author and illustrator from Syria now living in London.

Nadine dedicates ‘Tomorrow’ to Syrian kids that are suffering fear and anxiety during the civil war. In this video, Nadine says that she wrote this book to explain the experience of Syrian children in the war. Reading the book aloud in 2020, she reflects on how millions of children were forced inside because of the pandemic.

Normality is stripped away from Yazan’s life, ‘Yazan no longer went to the park, and he no longer saw his friend who lived next door. Everything around him was changing.’ His mother no longer paints; instead, from the minute she wakes up, she has the news on loud. Yazan struggles to entertain himself and becomes increasingly bored. Secretly, Yazan ventures outside where he finds empty streets and the sounds of explosions. Yazan and his mother start painting again to process their feelings.

We hope that these books are useful resources for talking to your children about war. Get in touch if you need further suggestions.