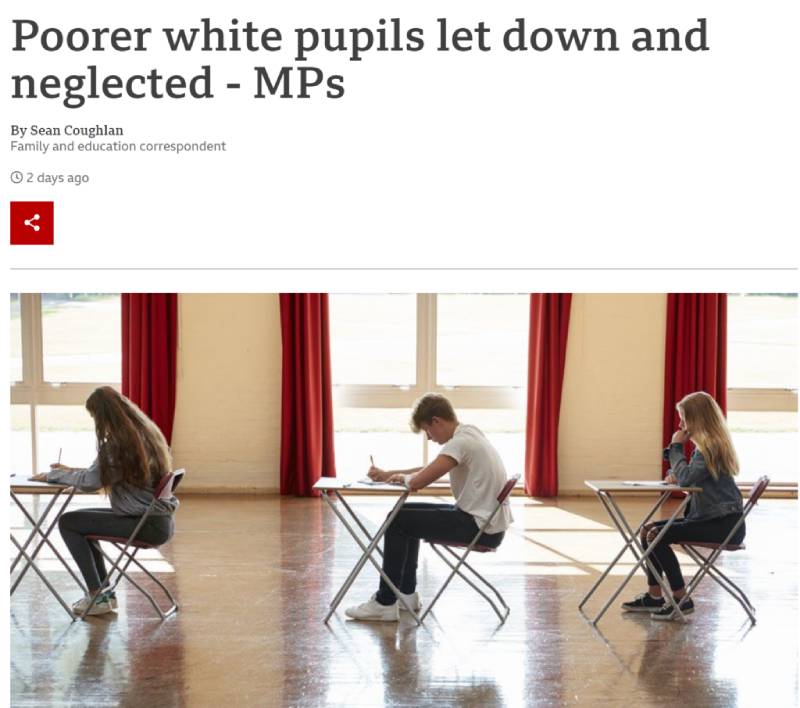 The Education Select Committee this week said that white working-class boys are the most neglected section of society. And suggested the phrase  ‘white privilege ’not be used in schools because it’s divisive.  If you missed the story, you can catch up on it here.

When we at Little Box of Books talk publicly about what we do, we always get asked, ‘what about working-class white boys.’ We are told time and time again that they are the most neglected section of society.

The suggestion implicit that as we focus on children’s books that reflect the diversity of our population, we are somehow compounding that neglect.

But this is nothing but a distraction, just like the Select Committee’s comments on the topic this week.

There is a lot of work needed to create a fair and just society. And yes, working class, white boys are neglected. But that is because the working class as a whole is neglected. Which is less of a soundbite and doesn’t cause nearly as much outrage.

If working class white boys are such a concern for the government, they could do something about it. Public services been savaged, school budgets  have been squeezed, libraries underfunded, Surestart centres have been closed, pupil premium has been cut.

The claim that we’re too distracted by racial equality to look after working class white boys is nonsense.

But this week these headlines have burrowed their way into the homes of thousands of people. And as the Race Report did earlier in the year, they are stoking the fires of racial division.

For absolute clarity, it is perfectly possible to prioritise the needs of working class people as a whole.  And keep fighting for racial equality. It’s not one or the other.