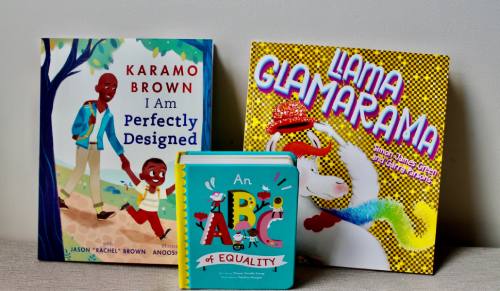 As a parent, you may be doing your best to raise socially conscious children. You may have explained the Black Lives Matter movement. They may have perched on your shoulders during Pride festivities. You may even teach your child about diversity through a subscription to Little Box of Books.

However, during the holidays, when extended families get together, not everyone at the dinner table will share your views and agree with who you are, your lifestyle or your choices. Perhaps, a grandparent states that All Lives Matter. An uncle insinuates that single mothers are draining the state. When given a present they don’t like, a cousin says, ‘that’s so gay.’

When hostile opinions come from family members, you may find it uncomfortable to openly disagree with them. Maybe, you don’t want to come across as confrontational. You don’t want to be known as the person who starts difficult conversations. You just want everyone to get along: it’s the end of another tough year and it is the holiday season, after all…

‘Stuck in their ways’…

Oftentimes, when older people make discriminatory remarks, we feel that it is easier to dismiss them. We’ve heard the lines before. Gran is too stuck in her ways to change. There’s no use arguing with Grandad, his mind is fixed. We feel that their opinions are reflective of their upbringing, and as such, there’s no use even attempting to have a difficult conversation with them.

But we advocate against this response. For the protection of our children and for the wellbeing of our communities.

And nobody wants to give up on the elderly to think that their minds are too closed to be opened. To think that there’s no point to enriching them with new perspectives and information. This is a form of discrimination in itself.

We can all be – from the newest member of the family to the eldest – a participant in making a more socially conscious world. A world where we have had the poignant difficult conversations to progress our society.

And let’s be honest it’s not just the elderly that make comments. People of all ages bring their opinions to the festivities.

And tackling them can cause unpleasant scenes.

But it’s necessary. The casual use of hate speech, normalises it and allows it to flourish and we get practiced in creating separate worlds. Worlds that aren’t inclusive.

You know your own families. You know how fruitful a discussion on these topics can be, so it’s important that you set out your boundaries.

Be a good ally on those family occasions. Don’t leave it to those from marginalised groups to defend who they are without support.

And use this as a blueprint for how you handle these situation when there is noone from persecuted or marginalised groups present.

No Parenting is Apolitical

It is crucial to remember that there are little ears at the table. In her book for talking to children about race, Wish We Knew What to Say, Pragya Agarwal writes that ‘no parenting is apolitical.’ And as any parent knows, no parenting is part-time either.

When you let a discriminatory remark be made without picking up on it in front of your child, that is a parental choice. In that moment, even if you very strongly personally disagree with what has been said, you are condoning it with your inaction.

Pragya Agarwal summarises this eloquently, ‘When we do not talk about race and identity actively, children are more likely to internalise any racism, and form a negative view of themselves; they are more likely to pick up stereotypes about people and incorrectly judge them; and they can be unsure of how to tackle any racially charged words and actions targeted at them or others around them.’

Furthermore, Agarwal’s research shows that while is it obvious that our children of black, Asian and minority ethnic origins are damaged by racism and need to be protected in these family situations, white children are not unscathed when witnessing racism.

Relative make an anti-Asian slur at the dinner table. You don’t step in. Nana has always been racist, there’s no use in contesting anything she says. Your white child is best friends with an Asian girl at school. But you didn’t come in at their defence, you allow for that discrimination to take place. Imagine the pain, upset, and confusion that would evoke for your child.

The Prevalence of Homophobia….

Racist remarks aren’t the only discriminatory remarks you could encounter this holiday season. A report from Stonewall on Tackling Homophobic Language found that 99% of young people heard the derogatory use of the phrase ‘that’s so gay’ and ‘you’re so gay’ in schools. Whilst this report focuses on the use in schools, its findings are indicative of how widespread the use is in society. Its use is incredibly damaging as 84% of young gay people felt distressed when they heard these used as derogatory terms. It can have a massive impact on gay people’s self-esteem.

Again, we come round to the presence of young ears. When you don’t interrogate the use of homophobia, however casually meant it may seem, you are validating its use. If you want to foster an environment where children can be confidently open about their own sexuality, then you cannot turn a blind-eye to homophobia at the dinner table.

Make racism an issue that you educate yourself on a regular basis. Don’t wait for horrific news, like the death of George Floyd, to think and talk about the impact of racism. It is something to be aware of and to be working towards eradicating all year round.

Just as ‘gay’ is a playground insult, words to describe disability and mental illness often are too. Younger family members might flippantly use  derogatory terms. Step in. This is an opportunity to make it clear not to mock disability or mental illness.

Language can be very powerful. It is not only sticks and stones, words can hurt too. And you won’t always know who at the family dinner table they are hurting, so it is crucial to be a vocal ally.

Unfortunately, we can’t control everything our children hear. The best way to prepare your child for discriminatory remarks is to have difficult conversations at home. In your own space, you can explain what your views as a family are. It is crucial to acknowledge that other people may think differently: even people we love may think differently to us. Diverse books can be a useful springboard into having these conversations.

A perfect all-around book that explores diversity is the ABC of Equality. An ABC for the 21st century child, the ABC of Equality is an introduction to concepts that are at the heart of politics today. A is for Ability: our abilities are our unique powers. F is for feminism. J is for justice.

Next up is Who Are You? It talks about how we are all from different places, we eat different foods, and we like to play different games. The pages are absolutely bursting with illustrations of children doing all sorts of things. It showcases just how exciting difference can be.

Giving your child a strong sense of a self is one of the most empowering things you can do. Llama Glamarama is a prime example of this. At night, Larry the Llama is a toe tappin’ hand-clappin’ dazzlin’ dancin’ Llama! However, since none of the other llama dance, Larry feels ashamed, ‘Being different felt…bad’. Yet, in sharing his difference with the other llamas, he learns that there is something different about them all too. The conclusion is a huge endorsement of difference. The illustrations by Gary Parsons are bright and fabulous. The words by Simon James Green are witty enough to make an adult laugh.

Karamo Brown and his son Jason “Rachel” Brown co-wrote I Am Perfectly Designed. It is a book about loving who you are, exactly as you are. It rejoices in the parent-child relationship. This will help your child to sound out the negative voices and focus on who matters.