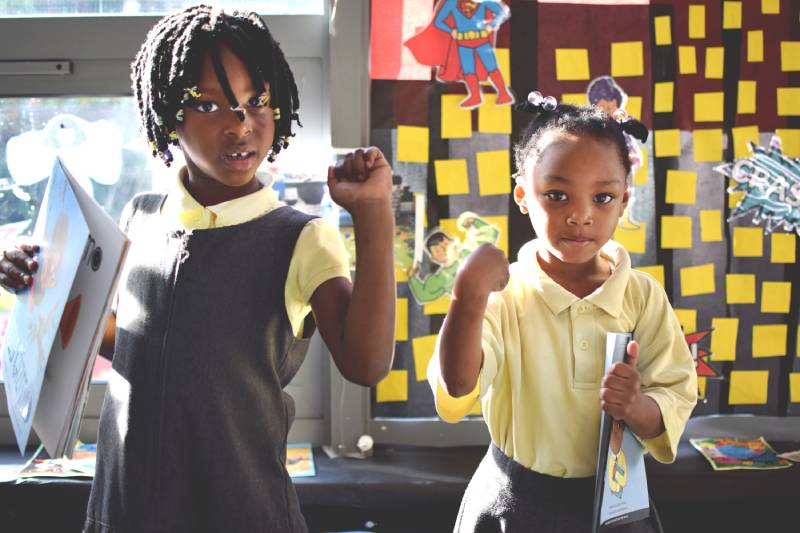 What we do at Little Box of Books is to try and ensure that children have access to balanced bookshelves. Much like you wouldn’t let your children exist on a diet of beige food, we try and advocate the same thing about books.

I get asked quite regularly whether my children are allowed to read certain books and which books are on the banned list.

I think I’ve mentioned it before. I’ve given up banning books. In fact, banning anything means that my 6 -year-old just wants that one thing. I’m much better to embrace what he wants, demonstrate moderation to him. Then, we’re all happy about it and the thing I banned doesn’t become the most important thing.

So, over the next few blogs I thought I’d give you a little guide on how to diversify your family or school bookshelf.

First of all, understand the scale of the problem. You might think it’s not really a problem at all. Maybe you’ve been very balanced in the books you have received as presents, or maybe you have had a subscription with us and you’re doing all right.

The chances are your bookshelf is going to need a few tweaks.

Over the next few blogs I’m going to cover all the different aspects of diversity we address through our book choices and give you a few tips on doing it yourself. These obviously all intersect but I couldn’t think of a way of explaining it more clearly than this.

Please bear in mind that books are multi-faceted, you may have a book that has a great female main character but a terribly stereotypical male sidekick. It’s rare to find perfection in a book and you don’t need to cover everything in one story. We’re after overall balance.

We’re going to start with gender. Women make up 50% of the population so let’s see them well represented on your children’s bookshelves. There is a myth that boys prefer to read books about boys and girls prefer those with girls in them. This hasn’t been my experience and we don’t gender our boxes at all. It’s good for all children to read all stories. Labelling stories girl stories and boy stories is limiting and stops children from exploring different parts of their characters.

This exercise isn’t about getting rid of anything. I love fairytales as much as the next person. And we don’t need to debunk all our best loved tales, we don’t have to send any stories to the bin or cancel anything or anyone. We just need balance. If our kids are going to read a story about a handsome prince rescuing a beautiful girl, the next three stories need to tell them something different. That boys aren’t always brave, handsome doesn’t always mean a square jaw, princes don’t always like princesses or any other type of girl, love isn’t the final destination for everything, girls don’t have to look a certain way to be beautiful, girls can rescue boys, nobody needs to be rescued. There are so many more stories to be told that aren’t versions of fairytales.

Let’s look at the characters

At Little Box of Books, we really love books that don’t refer to the characters as any gender at all. Not every story needs it and it’s great to just have a character who isn’t restricted by any gender-based preconceptions.

In looking through your collection, let’s take your female main characters first checking these three things.

Is she valued for something other than her looks? Every female main character doesn’t need to be pretty,  or have her looks referred to at all, we want to move away from girls characters being judged by physical appearance. Ultimately, helping children to move away from making those judgements in real life.

Is she something other than a superhero or a princess? Superheroes and princesses are everywhere and some of them are great stories. I just want to see a schoolgirl going on an unexpected adventure and dealing with it in a very human way, rather than her character being disguised by superpowers or by princessy living. This sends a message that girls are capable as they are. They don’t need to have this fantasy extra stuff to make them story worthy.

Some of our favourite books featuring exceptional but ordinary girls:

Does she demonstrate flaws? And I’m not talking about being bossy. Trying something and learning from it is great to see in a book. I like to see my female characters messing up, losing their tempers, getting something wrong. As well as this, I like to see them acknowledging that you can’t do everything by yourself, recognising when you’ve been nasty to somebody all make for great storylines and help children to see themselves and accept all parts of their characters.

In picture books, check the books for a variety of body types. Do the body types in the stories denote something? One storybook trope is that skinny and bony equals witchy, plump and sensible looking is maternal and caring.  You can imagine the damage that does to children if they inhale too much of that.

Now look at the male main characters. We want to see kindness, caring, lovingness, gentleness, anything other than bravado. Are there any female characters in the book, other than a Mum? Are there Dads in your stories? Doing childcare, making food, demonstrating positive maleness.

Too often books with boys in them will only feature females in the Mum character, as you can imagine this limits the roles that children imagine women can fulfil. It’s important to see women in all kinds of roles and teach children to expect to see women doing lots of different things.

Again, look at the pictures, avoid square jawed handsomeness in every book, look at the body shapes, look at what the Dad is doing, avoid stereotypes in domestic scenes.

Does every male main character in your children’s stories hate school? My pet hate. I have a school loving 6-year-old who has been told over and over again in books that there’s something to not like about it. Moreover, that there’s something edgy about not doing your homework and messing around in lessons. I don’t mind this storyline occasionally but Tom Gates, Dennis and Gnasher, Horrid Henry and Ron Weasley are very influential.

And finally look at the books which have everyone playing or being together. Make sure that the boys aren’t always taking the lead, that girls aren’t just the sidekicks, doing what they’re told, looking after the domestic tasks. Anne from Famous Five anybody? We need to see equality.

After going through this, I hope you can see some of where the problems lie and how to avoid perpetuating stereotypes.

We are more than happy to fill any gaps you might have discovered during this exercise. We want to help you to diversify those bookshelves. The world is an exciting place for children and we really want to keep them as curious and free for as long as possible. Telling them there are rules about what boys and girls can do and how they should be based on this is restrictive and we want to avoid that for as long as possible.