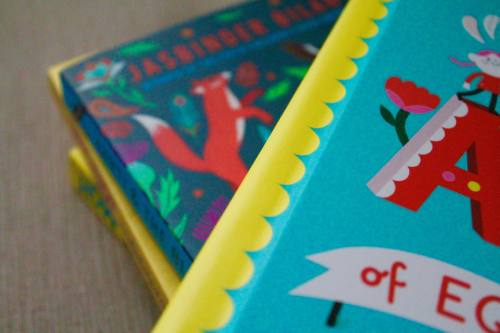 At this point in the year, we have all been inundated with Christmas festivities. From the Christmas ads to the Black Friday splurge to Mariah Carey on a never-ending loop. We’ve all had moments of bemoaning how commercial Christmas has become. But Christmas isn’t the only holiday at this time of year. Nor do we have to celebrate it just how capitalism intended. Today, we’re going to do a run through of all the things the holiday season can mean.

The holiday season from back when we used to throw mud at each other! (Now, it’s SUPPOSED to be snowballs – but thanks to global-warming, it is probably more a handful of icy mud…so nothing has changed, has it?)

Hanukkah is celebrated on the 25th day of Kislev, the ninth month of the Hebrew calendar. Each year, the dates shift slightly: so, this year, Hanukkah fell from November 28th to December 6th. The origins of Hanukkah date back to 175 B.C. King Antiochus IV Epiphanes tried to force the Judeans to assimilate into worshipping the Greek Gods. To do this, Antiochus captured the Holy Temple of Jerusalem. He was brutal and unwavering in his outlawing of Judaism.

However, a family decided to lead the Jewish people to victory against the Greeks. The star was Judah the Maccabee who secured the Holy Temple of Jerusalem for the Jewish people once more. Due to the severity of the destruction caused by the Greeks, there was only vial of oil left to light the candelabrum. This worried the Jewish people: one vial of oil could only light the candelabrum for a single day, and it would take eight days to produce more oil. According to the Talmud, by some miracle, the light burned for eight days.

Today, Hanukkah festivities centre around the lighting of candles on the menorah. The menorah consists of nine candles; one of these candles is called the Shamash “attendant”; the Shamash is the candle that lights the other candles. Each night of Hanukkah, another candle is lit; by the last day, all the candles are lit.

Hanukkah is a time for eating traditional Jewish food, coming together with loved ones, and being proud of your cultural identity.

Christmas Around the World

As widely celebrated as it is, people mark Christmas differently the world over. Growing up, I spent half of my Christmases in Australia. I remember waking up to Santa’s snowy footprints and wondering how they hadn’t melted in the 40-degree heat. Despite the rabid commercialism, we all have quirky traditions within our families that make the holiday season special. From culture to culture, and within the different Christian sects, there are various ways to commemorate Christmas. Orthodox Christians mark Christmas on January 7th, as they follow the Julian calendar, which is different to the one used in the UK. Christmas trees were first introduced in Germany in the 16th century. Christmas pudding goes all the way back to England in the Middle Ages!

The old mantra used to bribe children during the festive season can work for some parents because it fit nicely into Christian moral traditions. But it has no place in a multicultural society. It might stop kids pulling each other’s hair and gets them to eat their vegetables, but what message does it send to  Muslim or Jewish children or children with less defined cultural or religious traditions.

Christmas time can be a time of sugar fuelled confusion for us all.

So how do we navigate through?

We Need Space For Diversity…

We can use this holiday season as an opportunity to teach children about holidays that are different to the ones practiced at home. Acknowledging that the holidays are not one-size-fits-all is a great time to champion what makes us all unique.

Try not to avoid the conversations. Don’t hang up your commitment to social justice in the name of twinkling lights and make believe magic.

Talk to your children about what other families celebrate. Ditch the binary idea that nice kids get presents, naughty ones don’t. If you do mark Christmas, also use the time to teach children about the importance of giving and thinking about those kids who don’t have everything they need, never mind everything they want. Make a family donation to a local foodbank, donate toys to refuges. Use the season to remind everybody that the world isn’t a fair place and we can all play our part in making it fairer.

These are some book suggestions to teach your child about the religions of the world this holiday season.