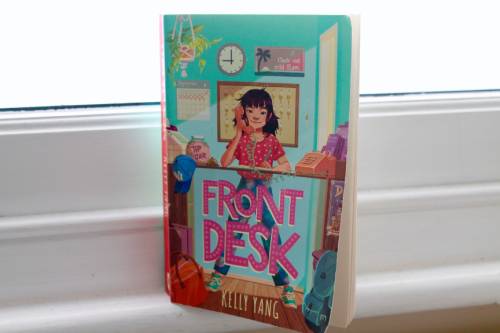 The 2021 Reflecting Realities report was released last week. The headlines showed positive improvements in the representation of characters of black, Asian and minority ethnic origins in children’s books.

But it’s more than just one headline – in this series we investigate other parts of the report and see what this report means for representation in children’s books.

18% of children’s literature submitted in 2020 featured a main character who spoke about their ethnicity and whose ethnicity formed the basis of the plot, compared to 6% in 2019.

The report states that this reflects an increase in interest in identity, in a way that empowers ethnic minorities.

Why is this important?

For children that share the ethnicity of the main character, it is vital to relate to the characters in the story. To see yourself, your family set-up, and culture reflected back at you. It makes you feel less alone: you belong in fiction, just as you do in real-life. It enables children to see themselves living and breathing the adventures and misdemeanours of the characters in their storybooks.

But is it… really important to me?

For children who do not share the ethnicity of the main character, it is a chance to learn something new.  They need to know they are not only people who exist in stories. On top of this, it gives children the chance to have greater empathy for those who have different backgrounds to them. As a result, they will gain insight into cultures unlike their own: it makes the unfamiliar less unknowable.  It will surprise children just how much they relate to characters who are different to them.

Fiction can get children interested in social justice issues from poverty to racism. It gets their brains thinking about topics that they would have never have had to think about before. Crucially, issues-based stories should not be the only stories about people of colour. People of colour can also be detectives, like in Sharna Jackson’s High Rise Mystery. They can be funny too, as in Mayhem Mission by Burhana Islam.

Direct me to a book!

We recommend Kelly Yang’s heart-warming novel, Front Desk, for its exploration of social justice issues.  Two years ago, ten-year-old Mia Chang moved from China to California. Yang does not shy away from the struggles Mia faces as a Chinese immigrant.  Yang shows how overworked and under paid Mia’s family are for their job managing a motel. Burgers exist only as a dream to salivate to. At school, Mia faces racist bullying from the kids in her class. As she is not a native speaker, Mia is constantly conscious of her English, even as she does her best to improve it. Therefore, the reader feels for what Mia experiences, even if their upbringing is very different to hers.

Above all, Front Desk is incredibly uplifting. The Chinese characters look out for each other and share a sense of community. Mia makes the best out of a bad situation by helping her parents in any way that she can. For instance, she manages the front desk at the motel. She calls out her parents’ boss for treating them unfairly. She never allows English being her second language to set her back. Front Desk is a great example of what the Reflecting Realities report advocates for: characters of black, Asian and minority ethnicities who have their identity fully explored and celebrated.

This book will help children in similar situations to feel less alone. For children who live very differently to Mia Tang, it will give them an understanding of how others live. Kelly Yang says that about 60% of Front Desk is inspired by her real childhood – making her an admirable example of how your life can transform.

To ensure your child is reading from diverse and inclusive bookshelves and seeing representation in children’s books for people of all races, cultures, family set ups, head here for our subscription and gift boxes.