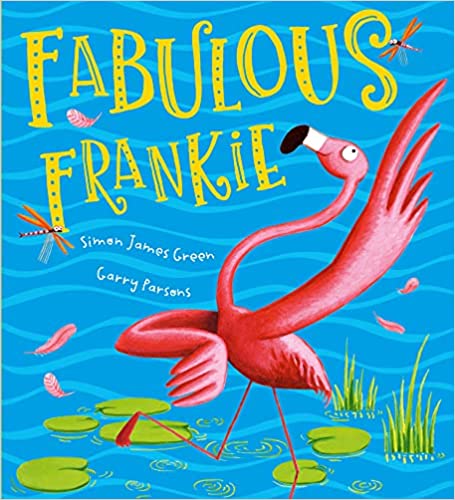 Simon James Green has been banned by the Catholic church from visiting John Fisher School, in London.

Why? Simon James Green is an award-winning and celebrated children’s and YA author. He is also gay.

Does this feel like a nasty bit of déjà vu?

In 1988, Margaret Thatcher introduced section 28. This prohibited the “promotion of homosexuality” in schools. Section 28 was prompted by a children’s book called Jenny Lives with Eric and Martin, by Danish author Susanne Bosche. A book about a girl who lives with her father and his partner. Ahead of the curve, Susanne Bosche reflected on why she wrote the book, ‘I wrote Jenny Lives with Eric and Martin back in 1981 because I became aware of the problems which some children face when meeting family groupings different from the ones they are familiar with, ie mum and dad, possibly mum and dad divorced, maybe a step-parent. It’s not possible to go through life without meeting people living in different ways, and they shouldn’t come as a shock to anybody.’

Rightly so, section 28 was repealed in 2003. But given this week’s incident, it seems it hasn’t disappeared entirely.

‘Outside the scope of what is permissible’…

The Education Commission of Southwark Archdiocese published a statement saying that Simon James Green’s visit fell ‘outside of the scope of what is permissible in a Catholic school.’ They go on to cite that religion is protected under the Equalities Act 2010, and that, ‘in such circumstances, we have no alternative but to affirm our unequivocal and well-known theological and moral precepts and act within accordance of them.’

The school’s leadership opted to go ahead with the event, with the backing of the governing body. But the diocese then cancelled the event and removed the school’s ‘foundation governors’ – a move which has enraged staff.

Furthermore, Catholic Truth, a Catholic website, campaigned against the event happening. They wrote, ‘Hosting such an event where young people – in this case young boys – as being misled into accepting, as normal and good, sexual behaviour which is condemned by Christ’s Church is a major problem today.’

On Twitter, Simon writes that he was going to, ‘talk about being an awkward teenager, the power of comedy, my career, and an 8 min section about the importance of being LGBT rep.’

The Department of Education said on Wednesday that it is “looking into” the diocese’s actions.

The saddest thing is those kids are in need of an LGBTQI+ rep. There are, undoubtedly, LGBTQI+ kids at John Fisher School, as there are in every school, Catholic or otherwise.

Not only have these kids been deprived of Simon as a positive role model, they have also been given the message that their way of being will not be tolerated.

The non-LGBTQI+ kids at the school have been denied the opportunity to expand their knowledge of the world. They have also been taught, by example, to be intolerant.

Unfortunately, the likes of Catholic Truth do not seem as if their minds will open any time soon. So, the best protest is to buy Simon James Green’s books so that more and more of the world can experience the warmth, charisma, and brilliance of his writing. They are also really funny. His work celebrates completely embracing who you are as a person – and that’s what we are all about too.

We have sold Simon James Green’s books time and time again. We will absolutely continue to do so.  As such, we have created a book bundle of Simon’s books. The Simon James Green Selection contains seven fabulous books for the price of £55 (plus postage).

In addition, two of Simon’s books are in our March book bundles. Fabulous Frankie (4-7s) is a flamingo desperate to stand-out and prove his fabulousness. He tries sequins, fans, glitter, and more before ultimately realising that he is fabulous just as he is. In addition, in our 8-11 book box, we have Sleepover Take-over. This is an energetic story about two of the “weird” kids being invited to the rich cool kid’s party. It is comedic. And the friendship between the protagonist and his best friend is wonderful. Subscribe here for these books and more diverse children’s reads this month.

Sometimes,  people complain that there is too much noise about diversity and inclusion in the media. However, incidents like these show that, as a society, will still have such a long way to go. It reaffirms our mission at Little Box of Books: to get diverse books in kids’ hands. To open their minds. And to encourage them to be accepting and kind towards everybody.