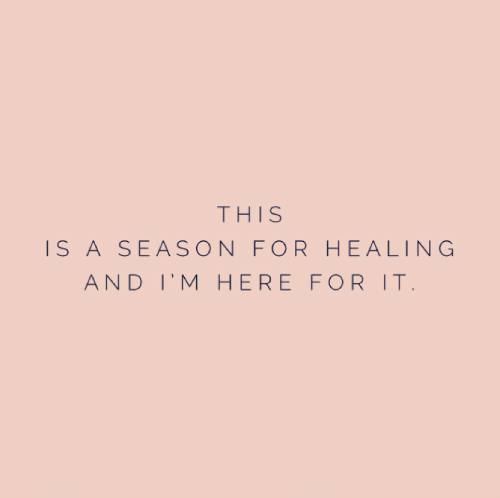 When to Sit Down and Listen

The media is an uproar over how to dissect the dominating event of the Oscars. Chris Rock made a joke – if we are to call it that – about Jada Pinkett Smith’s alopecia. In response, Will Smith got up on stage and slapped Chris Rock. He then swore at him never to mention his wife again. This incident has sparked debates on where the “line” is in comedy: what is it okay to joke about, what is it not okay to joke about. In addition, people have protested that slapping someone should never be viewed as proof of love. Yet, black women have argued that this is not a topic that everyone can or should add something to. We have collected some opinions that really gave us pause to think.

Jameela Jamil weighed in on Instagram, ‘is slapping wrong? Yes. Is mocking health/disability wrong? Yes. Is disrespecting a Black woman about her hair in a country where Black women’s hair has been politicised, and the source of ridicule for hundreds of years wrong, yes.’

The emphasis, therefore, is perhaps on holding multiple things to be true. We do not have to “side” with Chris Rock or Will Smith. We can acknowledge that they were both in the wrong. Violence is never the answer, but violence extends beyond the physical. Chris Rock’s words were harmful. Not just towards Jada Pinkett Smith, but also to many others watching: to people with alopecia, with cancer, and those with hair loss for other reasons.

American author and activist Glennon Doyle initially wrote, ‘violence is never “proof of love.” that’s a deadly idea that has fueled and excused domestic (and all) violence for far too long. Think hard about that take, please.’

However, people in the comment section felt that this was not a topic that white women should weigh in on. Some have argued that it was an example of a husband standing up for his wife, saying mockery is not okay, especially not on an event as widely watched as the Oscars.

Elaine Welteroth, a best-selling author herself, commented, ‘You know I love you AND I feel it must be said that words can be violent, too. When someone has a track record of getting away with disrespecting Black women and a Black man (with a long track record of humility and love) chooses violence on his Black wife’s behalf in an (ill-advised) attempt to defend her dignity…personally, I have grace to give him.’

Therefore, on reflection, Glennon Doyle said, ‘Since I posted this, many Black women I respect have told me that as a white woman – this is not my conversation to have. That there is much about tonight that I don’t understand. That I should sit this out and listen. So that is what I’m going to do.

I’ve also been asked to leave this post up in order to preserve the labor of those who took the time to educate and expand the conversation in the comments.’

Not So Smug Now

On Instagram, mum of two and influencer, Cat Sims, posted, ‘Will Smith managed to normalise male on male violence while some of the most influential people sat and watched silently.’ She was also asked by GoodToKnow to write an article sharing her views, ‘And while the Hollywood A-lister did apologise, I’m pretty sure “…but love will make you do crazy things” is the war cry of every domestic abuser.’ Note: Will Smith has since made a public apology to Chris Rock on Instagram. She goes on to say, ‘And We tell our kids every day, ‘Don’t resort to violence.…. Unless you’re the Best Actor Oscar winner Will Smith,’ they can now reply.”’

However, like Glennon Doyle, Cat Sims was criticised for her interpretation of the event. One commenter said, ‘This is not something you should be commenting on as a spectator to the Black community. This should be taken down.’ Digital creator, Style Me Sunday, said, ‘I love and support you as a friend and I haven’t read your article yet but I really don’t think this is something you should have been asked to comment on for many reasons.’ In response, Cat Sims edited her original post, ‘EDITED: I messed up and I am sorry I took up space that wasn’t mine to speak in.’

What we can learn from this is to not to instantly jump on social media with our fully formed opinion. Slow down. Take a breather. See if our voice is really one that should be raised, should contribute, to a particular issue.

Western beauty standards have been – and continue to be – exclusionary and hostile towards black hair. White women have not had to endure this, and therefore, we cannot comment.

In an article for Forbes, Janice Gassam Asare explains this, ‘Alopecia can be particularly challenging for Black people because of the cultural significance of hair within the Black community. Black women and femmes often feel like they have to adhere to societal standards of beauty, which means hair that more closely mimics white standards of beauty. Black women have gone to great lengths to contort their hair in ways that society sees as socially acceptable, even if it impacts their health and safety. Within the Black community, chemical straighteners like relaxers are still popular.’

Furthermore, ‘Some may say it was “just a joke” but why are jokes always at the expense of Black women? America’s favorite public sport is berating Black women; it has become social currency. There is a long history of Black women and femmes being dishonored, disrespected, denigrated, and degraded, especially within Hollywood. Misogynoir and the media go hand in hand.’

Aimee Meade argues we should primarily consider the impact on black women. ‘Whilst others discussed “The Slap”, Black women and girls across the diaspora discussed our identity once again being used as a punchline at one of the most watched and talked about award shows in the world… Yes, violence is never the answer, but I hope the whole incident will make people think twice before denigrating Black women in future…Rock’s joke may have been a throwaway comment to the majority of those who heard it, but to Black women it was a true slap in the face.’

This the time for white women to shut up, sit down, and listen to what black women have to say. With that in mind, let’s end on Jada’s words, ‘This is a season for healing and I’m here for it.’